As every time, we would like to invite our young colleagues to submit their scientific work and/or case studies to our “competition for young scientists” that will be held during the trainees’ congress 2022.
The winner’s prize is free participation in the 16th European Congress of Pediatric and Adolescent Gynecology 2024 in Thessaloniki.
Submitted abstracts should not exceed 250 words and should be organized into “objective – method – results – conclusion”. Submissions can be sent to our trainee representatives Tascha Gehrke and Maria Petra Agius (trainees@eurapag.com).

Deadline for abstract submission is the 30th of September 2022.

Marlene Heinz was one of the greats of pediatric and adolescent gynecology – dedicated, courageous, eager for discussion and always with a mischievous smile on her lips.

Born in 1938, she studied medicine at the Humboldt University in Berlin and was licensed to practice in 1962. From 1968 to 1973 she worked as an assistant physician at the Oskar-Ziethen Hospital in Berlin-Lichtenberg, and from 1973 to 2001 she was a senior physician there, where she established consultations for pediatric and adolescent gynecology. From 2007, she directed the interdisciplinary center for pediatric and adolescent gynecology at the Charité.

In 1972, she was a founding member and member of the board of the GDR Working Group for Child and Adolescent Gynecology. After the unification of the East and West German Working Groups for Child and Adolescent Gynecology, Dr. Heinz remained on the board from 1994 and led the Working Group from 1998 to 2013. In this capacity, she organized numerous Berlin symposia and gathered renowned colleagues from Germany and abroad to exchange ideas there. She was a passionate as well as humorous debater and knew both how to defend her point of view with commitment and how to reach workable, good compromises.

Through her intensive courses in pediatric and adolescent gynecology, she gave countless colleagues from Germany and other German-speaking countries the opportunity to learn this small, interdisciplinary subject and to make contact and exchange ideas with colleagues from a wide variety of specialties.

She was author and editor of numerous textbooks in pediatric and adolescent gynecology.

After 2013, Dr. Heinz handed over the sceptre of the German Working Group to Professor Oppelt, but continued to be available as a speaker at the intensive courses and symposia.

She was an outstanding, characterful and fun-loving woman, her death leaves a big gap and she will be greatly missed as a colleague, friend and advisor!

With great regret we need to inform you that, given the current difficult and uncertain situation, the EURAPAG Executive Board has decided not to hold the upcoming 3rd Pan-European Trainees’ Congress in Moscow now.

We kindly ask you to remove the announcement from your website and inform your members accordingly. We sincerely apologize for any inconvenience this may cause.
In the next EURAPAG meeting we will discuss the further procedure regarding the European Trainee Congress in detail and inform you promptly about our next steps.

For the time being, I remain with kind regards, in case any questions please, do not hesitate to contact me.

The EURAPAG board is delighted to inform you, that the 3rd Pan-European trainee congress will take place the 20.-21.04.2022 in Moscow/Russia.

The congress will be held as a virtual event.

Together with our Russian colleagues we have prepared an up-to-date and exciting program on topics such as “COVID-19 and HPV vaccine in teens”, emergency and surgery in PAG, endocrinology in PAG and much more.

In workshops and the “stump the professor” session the participants will have the opportunity to discuss and interact with each other and the lecturer.

As every time, we would like to invite our young colleagues to submit their scientific work and/or case studies to our “competition for young scientists” that will be held during the event.

The winner’s prize is free participation in the 16th European Congress of Pediatric and Adolescent Gynecology 2024 in Thessaloniki.

Submitted abstracts should not exceed 250 words and should be organized into “objective – method – results – conclusion”.

Submissions can be sent to our trainee representatives Tascha Gehrke and Maria Petra Agius (trainees@eurapag.com).

Deadline for abstract submission is the 20th of March.

We would be very pleased if you would forward the information to your trainees and place the congress on your website.

For more information on the program and registration, please visit our website www.eurapag.com. 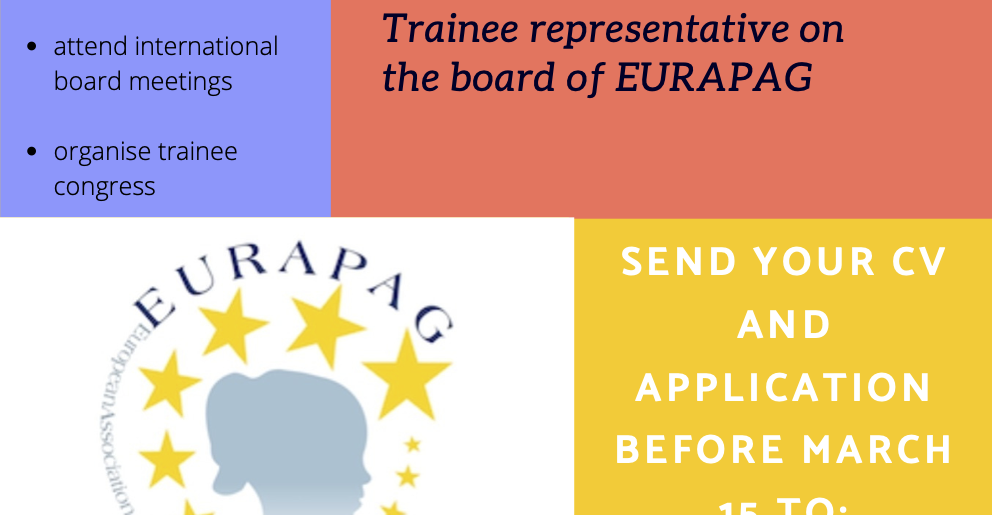 We are looking for you! EURAPAG Trainee representative

Trainee representative on the executive committee of EURAPAG 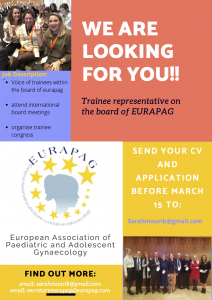 SEND YOUR CV AND APPLICATION BEFORE MARCH 15 TO:
Sarahmourik@gmail.com 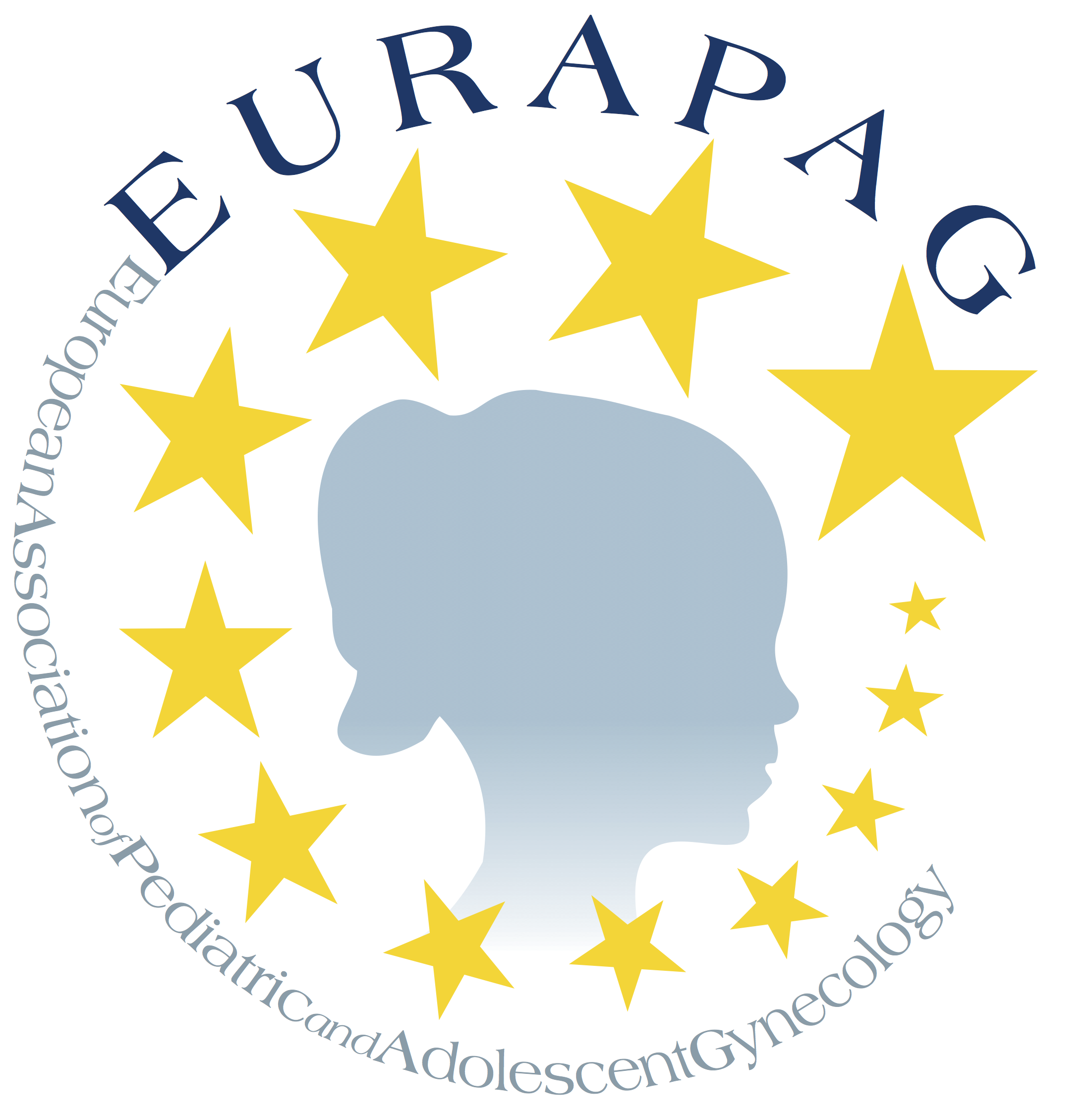 Save the date! Presentation of the new Pan-European post specialty curriculum in PAG Invitation for the open EURAPAG ZOOM meeting the 18.10.2020

The EURAPAG board would like to send you our kindest regards and hope that you all are dealing well with the changes and limitations that are happening due to the Coronavirus pandemic.

As you all know, we had to postpone the European Congress of Paediatric and Adolescent Gynaecology in Rotterdam to 2021. It will take place from the 09.-12.06.2021 and we hope you all will join!

We have not been inactive this year and have been working hard to promote and support a standardized PAG education in Europe.
It is our please to invite all National Society leads and individual members to our first EURAPAG Zoom meeting which is planned for the
18.10.2020 at 6 pm (CET). We are proud to present the new Pan-European post specialty curriculum in PAG and the corresponding PAG logbook.

In addition to that it is our pleasure to give you more information of the European PAG congress in Rotterdam 2021.

We hope you all will join!

We will keep you updated with further information.
With the best regards,
The EURAPAG board

Important announcement regarding the postponement of EURAPAG 2020 II

With this e-mail, we are following up on the information below regarding the postponement of EURAPAG 2020 to June 2021.

Please be informed that the Local Organizing Committee has published a FAQ-webpage, that includes answers to the most important and relevant questions at this moment.

We hope to have informed you sufficiently and we are looking forward to seeing you in 2021!

Important announcement regarding the postponement of EURAPAG 2020

Faced with the global Covid-19 pan-epidemic and the need to safeguard the health of our presenters, attendees and sponsors along with the travel restrictions imposed on us all, it is with great regret that the EURAPAG 2020 local organizing committee and the EURAPAG Board have decided to postpone the 15th EURAPAG Congress, including the 2nd Pan-European Trainees’ Congress, to Spring 2021, when we plan a bigger celebration of PAG and a return to normality.

In the past few days, we have been working hard towards re-organizing our events. We are glad to confirm the new dates of the congress and 2nd Pan European Trainees’ Congress, which will now be held from Wednesday 9 – Saturday 12 June 2021. The venue of the meeting, the Hilton Hotel in Rotterdam, will remain unaltered.

Other details and concrete information will be shared on our website www.eurapag2021.eu as soon as this is available. Should any questions or concerns regarding this information remain, please do not hesitate to contact the congress secretariat by e-mail, info@eurapag2020.eu.

Thank you for your understanding and for your continued support to the congress.

We wish you all remain in good health and look forward to seeing you next year in Rotterdam. 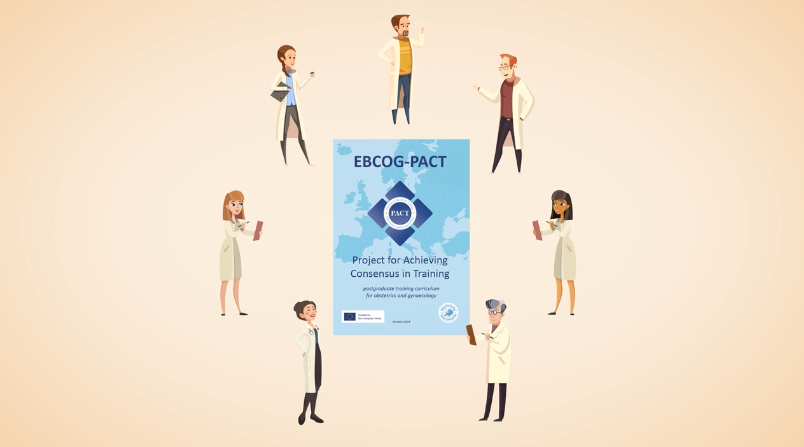 Your Board has been busy over the last 12 months and EURAPAG can be proud of the wonderful success of our first Trainees’ Congress held so expertly and efficiently in Frankfurt earlier this year with over 100 attendees from more than 20 countries.

We were pleased to be able to provide input and ensure that PAG had a place within the curriculum which has now been approved by the European Union of Medical Specialists (UEMS).

Attached is an brief introductory video clip to help introduce the new curriculum which is accessible via the EBCOG website (ebcog.org).

Please feel free to share the content in order to promote knowledge and understanding of the new curriculum.

I am also delighted to advise EURAPAG that on the back of this general curriculum we have only just recently finalised a specific European-wide curriculum for PAG as a joint venture with EBCOG.

This is a particularly exciting development, and you shall hear more about this at the next EURAPAG Congress in Rotterdam which I would encourage you all to attend and which promises to be an exciting and comprehensive event for which much work has already been done.